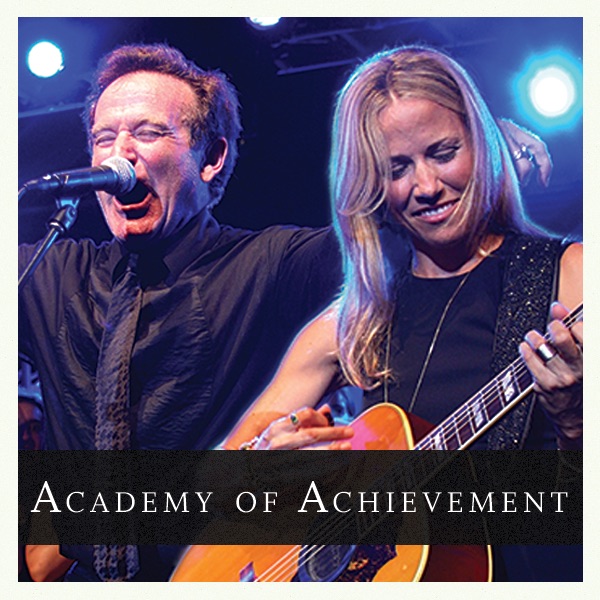 Sheryl Crow's warm voice, vibrant stage presence and rock-solid musicianship have made her one of the most enduring stars of our era. Her songwriting craft is firmly rooted in rock tradition, but her allusive, free-associative lyrics are all her own. Her songs, "All I Wanna Do," "If It Makes You Happy," "Every Day Is a Winding Road," and "Soak Up the Sun" have become pop classics. A former music teacher from Kennett, Missouri, she worked in near-anonymity for almost a decade as a backup vocalist and writer of songs for other artists, her efforts to forge a solo career thwarted by producers and record companies intent on squeezing her into a mainstream pop formula. She turned the corner in 1993 when she began meeting informally with a group of other studio players and writers who called themselves the Tuesday Night Music Club. When they turned their sessions into a record of the same name, the result swept the Grammy Awards and established Sheryl Crow as a major force in the music industry. Her records have sold millions of copies and earned her a total of nine Grammys. After surviving an episode of breast cancer in 2006, she made her condition public to promote the importance of early detection. Fully recovered, she continues to compose, record and perform for devoted audiences the world over. Sheryl Crow was inducted into the Academy of Achievement at the 2006 International Achievement Summit in Los Angles. The Academy's Golden Plate award was presented to her by Academy member Steven Spielberg. On the final evening of the Summit, following the Banquet of the Golden Plate, Sheryl Crow performed with her band. In this podcast, recorded on that occasion, Sheryl Crow performs "Every Day is a Winding Road." Towards the end of the performance she is joined by Academy member Robin Williams who improvises a spontaneous rap, recapping the Academy activities of the preceding days.