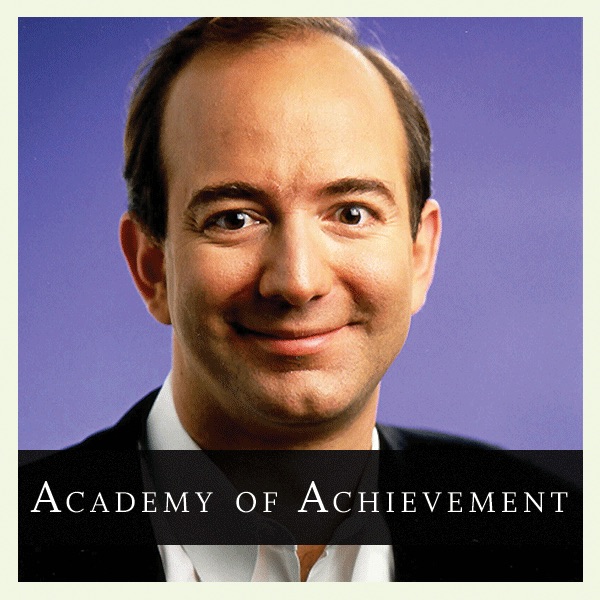 "I'm going to go do this crazy thing. I'm going to start this company selling books online." In 1994, Jeff Bezos was a 30-year-old Vice President of a New York investment firm, newly married, with a secure and prosperous future ahead of him. He decided to give it all up and drive to Seattle with his wife, in a used car, to start a business in their garage. He was betting his own savings -- and his parents' and friends' -- on a totally untried notion: that people would buy books through a little-known network of computers called the Internet. Jeff Bezos was convinced that this global network, primarily the domain of academics and government scientists, could become a vibrant new venue for commerce, with the right product and the right plan. Almost overnight, the company Bezos started, Amazon.com, changed the book-buying habits of a nation. Bezos and his investors found their shares in the company worth billions. As the company's capitalization soared, Bezos embarked on a risky strategy of expansion, forgoing immediate profits to secure an ever-larger share of the Internet market, not only in books, but in music, videos, electronics, toys and clothing. At the turn of the 21st century, the Internet bubble burst, and fortunes seemingly made overnight vanished overnight. Yet Amazon flowed on like its mighty namesake, still expanding, but also showing profits, while other promising start-ups faded from the scene. Once-daunting competitors had become grateful partners. The vision of Jeff Bezos had prevailed, and the world of commerce had changed forever.