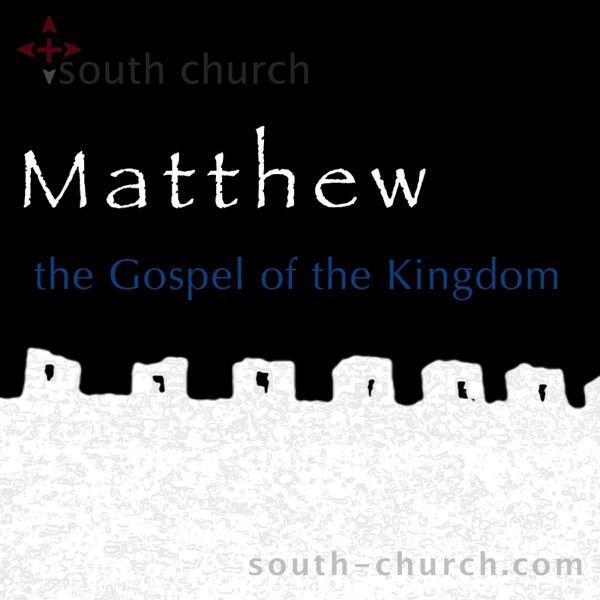 In John's Gospel, we met Jesus the Son of God. In Luke's Gospel, we meet Jesus the Son of Man. In Mark's Gospel, we meet Jesus the suffering Servant. And with Matthew we embark on our Gospel-journey to meet Jesus: the Sovereign King.Matthew begins by leading us down royal lines of our King's lineage.From His birth He began threatening other earthly kings.Futile efforts to find & kill Him were thwarted by wise men & magi. Upon finding their infant King, they fell and worshipped with royal gifts from the east.In time, John the Baptist would join the herald of heavenly hosts, proclaiming the King & His Kingdom at hand!Satan affirmed Jesus' reign by his efforts to tempt Him to a Kingdom exchange.The sermons of the Sovereign One would also convince on-listeners of His heavenly descent: "He speaks as one with authority, not like our scribes & Pharisees."During His crucifixion trial He made His own declaration: "My Kingdom is not of this world." Heaven's King came to reign upon the earth. The Cross would be the means by which He would conquer, a stumbling block for the proud, but grace to the humble.Shaking off death like dust, Jesus proved His dominion over hell when He arose from the grave.And ultimately, Matthew's final words record his Messiah's pronouncement: "All authority in heaven & earth has been given to Me."Despite great lengths that Matthew went to in order to convince us of Christ the King, he faithfully & painfully focuses also upon the Messiah's rejection by His own people. Like no other Gospel, Matthew depicts the hostility of the religious leaders who refused their King. Of Himself He said, 'Foxes have holes, and birds of the air have nests, but the Son of Man has nowhere to lay his head.'But Matthew also includes chapter 24 wherein we learn of the Son of Man's second coming at an unexpected hour, full of glory, judgement & power. Will the bride be ready?No other Gospel provides more instruction, direction and power for faithful followers commissioned to represent Christ the King throughout the earth. (This sermon series is complete -- every sermon in this series is freely available at https://south-church.com/proclaim/)

An Argument For The Sermon On The Mount (Matthew 5-7)

An Argument For The Sermon On The Mount (Matthew 5-7)