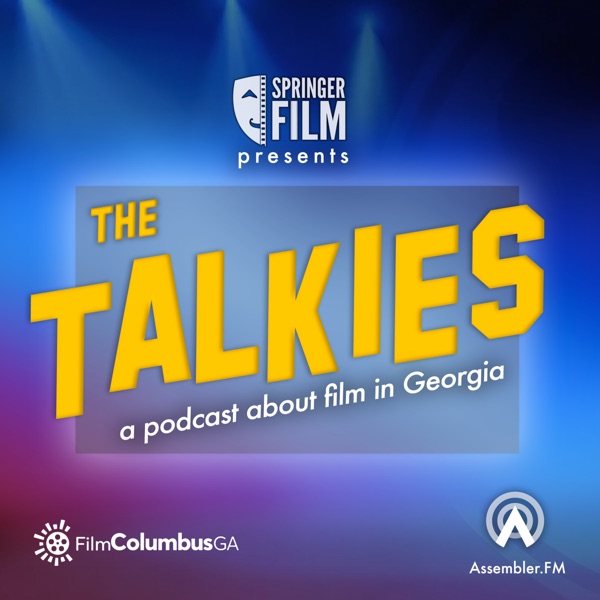 The changing film industry in Georgia as seen by upcoming filmmakers.

The Talkies is a regular roundtable discussion of the many aspects of film productionin Georgia. The podcasts are led by professional performersJef Holbrookand Sara Lynn Herman, both veterans of the industry who have worked as actors, directors, producers, and writers of film, television, stage, and voiceover productions. They are located in their native Columbus, a center for Georgia’s arts and home of its State Theatre, the Springer Opera House. In light of the area’s recent filmmaking boom, the Springer Opera House formed Springer Film, an organization dedicated to supporting and teaching those seeking to enter the area’s growing film culture. The Talkies is one such resource, with Springer Film acting as sponsor for this podcast.

Jef and Sara Lynn are joined every episode by graphic designer, producer, and videographer John Houzer. John received a degree in Graphic Design form The Art Institute of Atlanta and has done design work for a wide range of businesses. He’s also produced commercials and worked as a videographer for local businesses and events, from large conferences to small restaurants to weddings. In 2018, he was awarded the Reader’s Choice Award for Favorite Videographer by the Ledger-Enquirer.

You can find the show at Assembler.fm/talkies

The Talkies #2 - He Dropped the Lord of the Rings

I Took the Score from The Godfather

The Talkies #2 - He Dropped the Lord of the Rings

I Took the Score from The Godfather