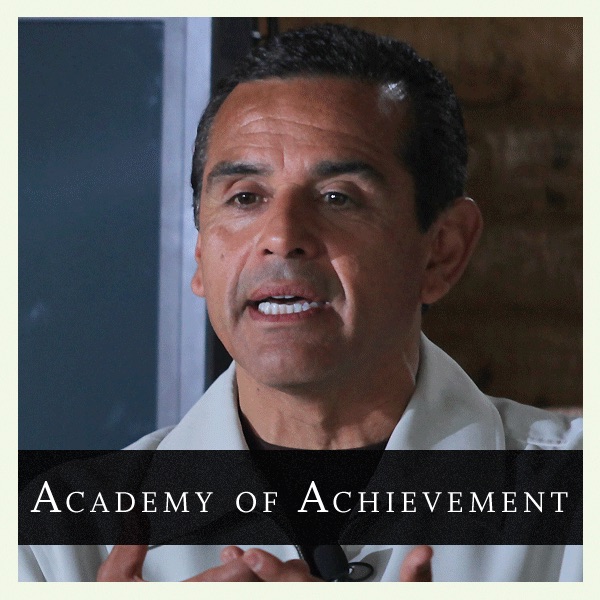 In 2009, Antonio Villaraigosa was elected to a second term as Mayor of Los Angeles. The first Latino to lead the city in over 130 years, he was first elected in 2005, with support from every community in this most diverse of cities, second largest in the nation. As mayor, he has focused on education, transportation, public safety and economic development, and has emerged as a dynamic national spokesman for urban America. His life might have turned out very differently. A high school drop-out at 16, he was headed for trouble, but his mother would not give up on him. At her urging, he returned to school, attending night classes to finish his diploma. A sympathetic teacher saw his potential and paid his college entrance examination fees. At the University of California, Los Angeles, Villaraigosa distinguished himself as a student leader in the civil rights and antiwar movements. As a union organizer, labor leader and Speaker of the California State Assembly, he earned the admiration of allies and adversaries alike with his formidable gift for building consensus across party lines and ethnic divides. Since taking office as Mayor, he has barred lobbyists from city commissions and charged head-on at the city's most intractable challenges, including education and transportation, overcoming entrenched opposition within his own party. Here, he is heard in conversation with veteran ABC News correspondent Sam Donaldson.