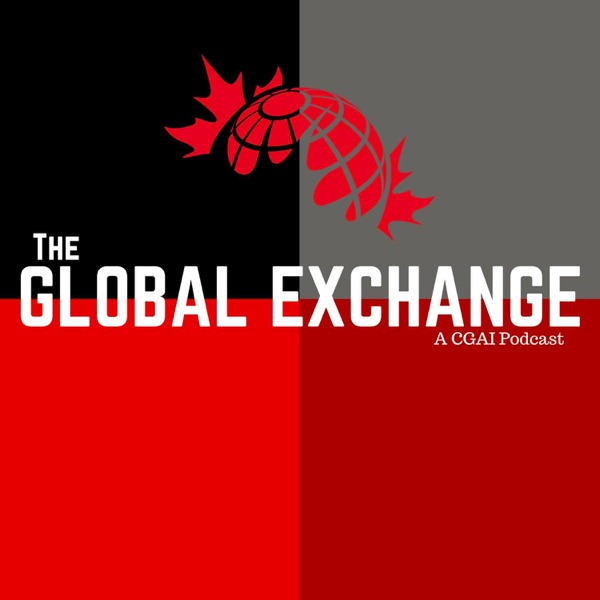 The CGAI Podcast Network is created and produced by the Canadian Global Affairs Institute in Ottawa, Canada. Join us each week as hosts Dave Perry, Colin Robertson, Stephen Saideman, and Stefanie von Hlatky dig in to the defence and international affairs stories that matter to Canadians. The CGAI Podcast Network produces three unique weekly programs: “The Global Exchange”, hosted by Colin Robertson, and released every Monday, engages subject-matter experts and Canadian stake-holders on a variety of topical international issues such as trade, foreign policy, international development, diplomacy, global security, and geopolitics. “Battle Rhythm”, hosted by Stephen Saideman and Stefanie von Hlatky, co-produced with the CDSN, and released every second Wednesday, will feature timely discussion on the defence and security issues of the day, as well as feature conversations with academics and graduate students. “Defence Deconstructed”, hosted by Dave Perry, and released every Friday, engages various defence experts and officials on the pressing defence and security issues Canada faces today and tomorrow. Subscribe to the CGAI Podcast Network on iTunes, or wherever you get your Podcasts, and Follow us on SoundCloud! Visit www.cgai.ca for more, or follow us on Facebook, Twitter, or LinkedIn! The Canadian Global Affairs Institute (CGAI) is a charitable, independent, non-partisan, research institute based in Ottawa and Calgary, Canada.

Defence Deconstructed: 'A Strategy Review Worthy of the Name'

The Global Exchange: Visions for a Free and Open Indo-Pacific

Defence Deconstructed: The Defence of North America on 9/11

Defence Deconstructed: 'A Strategy Review Worthy of the Name'

The Global Exchange: Visions for a Free and Open Indo-Pacific

Defence Deconstructed: The Defence of North America on 9/11