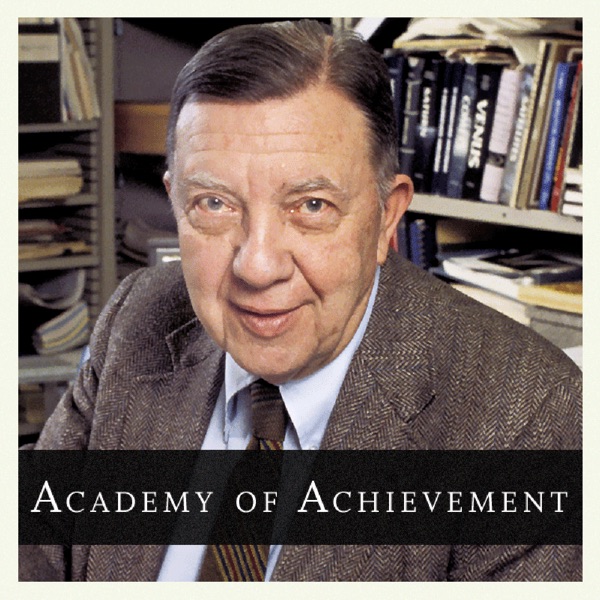 James Van Allen (1914 - 2006) was a pathbreaking astrophysicist best known for his work in the development of research satellite technology and the discovery of the bands of radiation that circle the Earth. Born in Mount Pleasant, Iowa, he graduated from Iowa Wesleyan College and received his Ph.D. in nuclear physics from the University of Iowa in 1939. He began his professional career with the Department of Terrestrial Magnetism at the Carnegie Institution of Washington. After U.S. entry into World War II, he joined the Applied Physics Laboratory of Johns Hopkins University where he helped develop rugged vacuum tubes and proximity fuses for the armed forces. In 1942, he joined the Navy, serving in the South Pacific , where he completed the development of the proximity fuse. After the war, he returned to Johns Hopkins University, experimenting with V-2 rockets captured from the Germans. When the Soviets launched the first manmade satellite, Sputnik, the U.S. accelerated its own space program. Van Allen's Explorer spacecraft was selected for deployment by the newly formed NASA. In 1958, Explorer 1 returned unprecedented data about fields of radiation circling the Earth. The discovery of the Van Allen Radiation Belt, as it came to be called in the press, made James Van Allen into a national figure, the public face of American astrophysics. In the decades that followed, Van Allen continued his involvement in the space program, participating in the first four Explorer probes, the Pioneer and Mariner missions, and the orbiting geophysical observatory. He headed the Department of Physics and Astronomy at the University of Iowa from 1951 until his retirement in 1985. This podcast was recorded during the Academy of Achievement's 1988 Summit in Nashville, Tennessee.