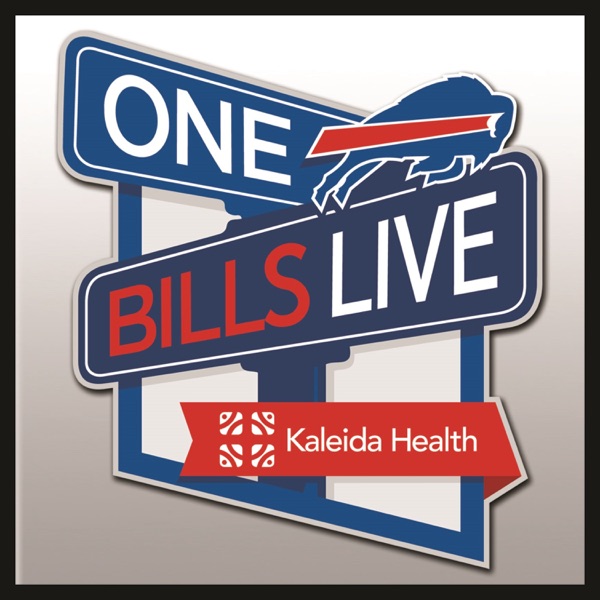 For over three decades, Bills legend Steve Tasker has been a staple in the Western New York community. A standout on special teams for the Bills during his 12 seasons with the team, Tasker made a name for himself around the league. Not only did his outstanding achievements on the field earn him numerous accolades, his commitment to the region solidified his place in the hearts of Bills fans everywhere. Tasker, who remained close to the game through his broadcast work for CBS, will get back to his roots with Buffalo when he joins the Voice of the Bills John Murphy as co-host of “One Bills Live,” presented by Kaleida Health. Like its predecessor, “The John Murphy Show,” “One Bills Live” will give fans a daily dose of the latest Bills news. The only show live from the home of the Bills – One Bills Drive – fans can follow along with Tasker and Murphy, as well as special guests, as they tackle all the hottest topics happening around the NFL. The show will remain at its current time from noon to 3 p.m. Monday through Friday and will be available on WGR Sports Radio 550, MSG Networks and the MSG Go app.Murphy, who over the years has developed a close relationship with Tasker, believes the Bills icon is the perfect addition to the show. “I’ve known Steve since he came here in 1986,” said Murphy. “Shortly after that, he started doing television shows. When I was at Channel 7, he hosted “The Steve Tasker Show” and I was the co-host…I’ve known him for 30-plus years. One of the many good things about Steve doing the show, is he’s a broadcaster. He’s been at CBS for 21 years at the highest level of football broadcasting.“He comes in with all that experience – all his football experience, playing at a very high level for several years and making Pro Bowls. Adding in his broadcast background, which is pretty impressive, I think it will make him a great addition to the show.” While Tasker’s impressive resume undoubtedly gives him a unique perspective to share with viewers, Murphy believes that its Tasker’s time spent in Buffalo that makes him truly special and able to connect with his audience.“Steve always impressed me," said Murphy. “Not that players aren’t tuned into the reality, but Steve has always been tuned into real life. He knows what it’s like not to be in the NFL. He lives his life like a person who is not a former professional athlete in many ways. He’s easy to relate to. I think fans already know that. Fans are familiar with him from all the TV work he’s done. He brings an everyman aspect to the show and he’s committed to this area. I think people tap into that.” For Tasker, this next chapter in his career is one that he’s ready to embrace fully. “The Buffalo Bills have been a tremendous part of my life and I am very eager to begin this opportunity,” said Tasker. “This is an exciting time in franchise history and I am thrilled to get involved on a daily basis. I look forward to working with Murph to connect with Bills fans who have been so supportive of me for a long time.”

The Steve Czaban Show
The Team 980

Boomer in the Morning
Sportsnet