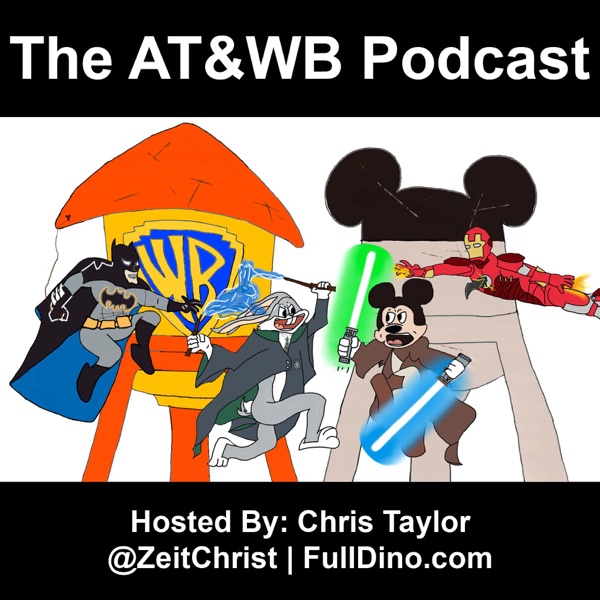 I've been a fan of Warner Brothers ever since the very first time I went to the movie theater at three years old, the movie was Who Framed Roger Rabbit and the moment was when Bugs Bunny and Mickey Mouse fell through the sky together. Ever since then I thought of Warner and Disney as parallel synergistic entities.Even through the 90s where they had the 2nd generation of Looney Tunes with Spielberg's Tiny Toons Adventures, Animaniacs, Freakazoid, and Histeria and Batman and Superman crossing over all on their own branded channel, The WB Network, high quality Batman films 20 years before the Marvel Cinematic Universe, Six Flags hosting the Looney Tunes and DC Comics characters and their Warner Brothers Studios Stores, Warner Bros was a force to be reckoned with.About a week after AT&T bought Warner Brothers, I put together a podcast devoted to all things Warner Brothers entitled: The AT&WB Podcast.AT&T now owns DC Comics, HBO, Looney Tunes, Hanna-Barbera Game of Thrones, The Harry Potter Film Universe, and even Mad Max and The Matrix.It's the All Talk & Warner Banter Podcast, with news about DC Comics and the Greater Warner Brothers Fandom, a term I completely made up!

Episode 37 - On The Front Burner Of A New Freakazoid Legacy

Episode 30 - The Matrix - Episode I Commentary

Episode 37 - On The Front Burner Of A New Freakazoid Legacy

Episode 30 - The Matrix - Episode I Commentary

The DiG it Podcast
Pauline DiGiorgio

Katie On The Flipside
Katie