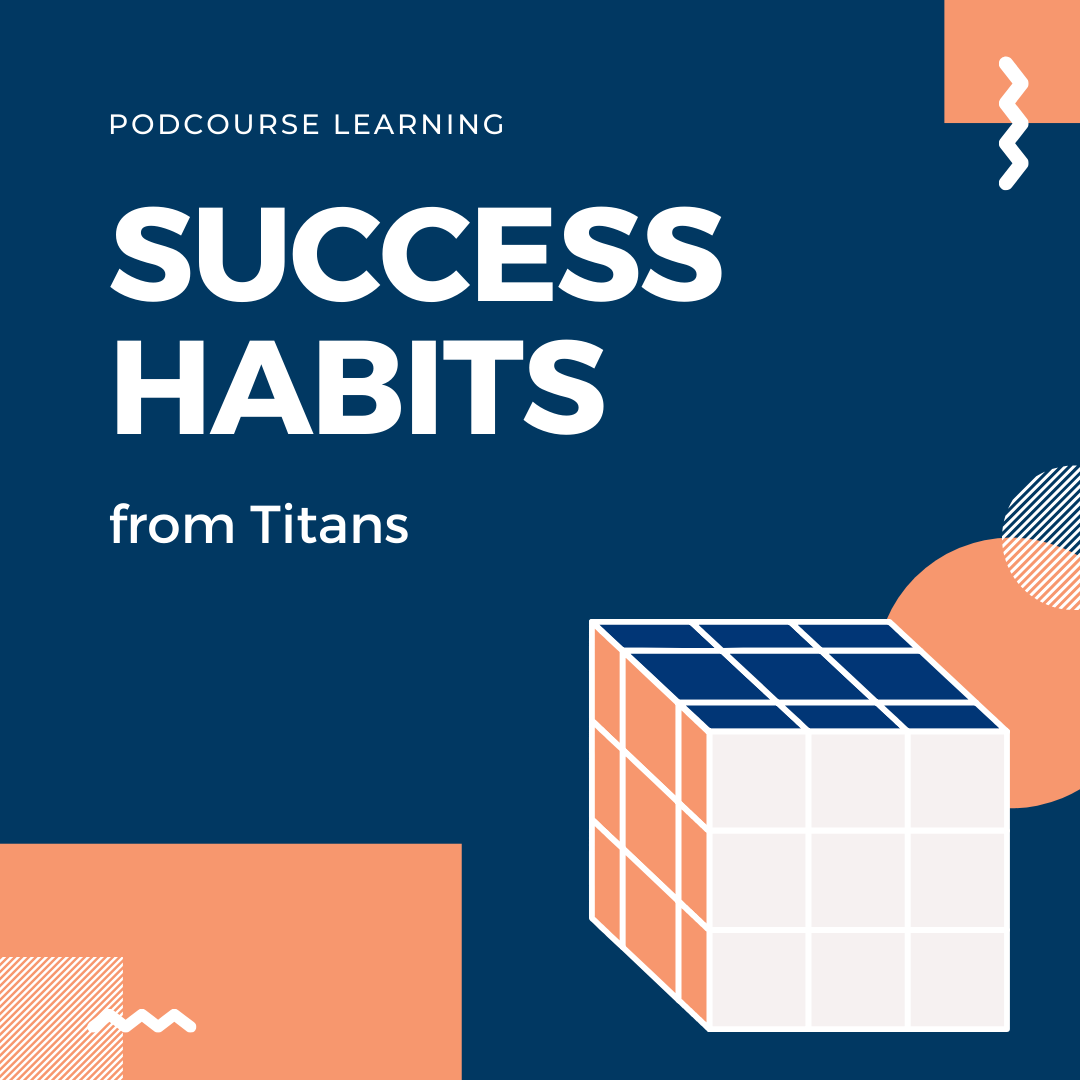 Dean Graziosi is a well-known American entrepreneur, real estate investor and leading trainer throughout the world. He has appeared daily on American TV for nearly 15 years and is highly respected as a top businessman, entrepreneur, multiple New York Times bestselling author and Inspirational speaker. Graziosi is perhaps best known for his long running interview style TV shows and for becoming the leading real estate educator in the world. He has written five books which have dominated the success, business & real estate book sales space since 2006, with his best-selling book amassing over 1,000,000 copies sold.

James Clear is the author of the New York Times bestseller, Atomic Habits, which has sold more than 1 million copies worldwide. His work has appeared in Entrepreneur magazine, Time magazine, the Wall Street Journal and on CBS This Morning.

Along with other episodes and features.

Legends like Tony Robbins and Jack Canfield.They've shared their best tips and habits and their episodes have become some of the most popular.Today's guest is another one of these legends :)Dean Graziosi was on TV everyday for 17 years straight -- because his infomercials around real estate training were that successful and popular.He is a multiple NYT bestselling author, the top real estate trainer in the world, and is friends with the best of the best.But, like many other greats, he didn't start with much.Dyslexic, broke, coming from a family that always struggled with money, and just trying to figure life out, Dean is an incredible example of the power of turning your story around because YOU choose to.We met years ago through a mutual friend but this is the first time we got to sit down and really dive into his brilliant mind and how he has created what he has created.I was hanging on every word (and not just because he's a great storyteller) because Dean's style of teaching, ta...

An atom is a tiny little thing. Throw a few together and you start to build big things. And within every atom lies enormous power. Same goes for atomic habits: small changes in behavior that work together to make big changes, holding the power to help you build your best self. Today we welcome James Clear, author of Atomic Habits: Tiny Changes, Remarkable Results, for an incredibly simple, practical, and powerful conversation that could change improve your life.

This particular episode of The Tim Ferriss Radio Hour explores success, a slippery and dangerous term if ever there was one. The particular guests selected for this episode represent not only achievement, but also appreciation and a well-rounded version of what I consider to be a successful human being. This episode features:CDBaby founder Derek Sivers on the importance of challenging your own definitions of success.Performance coach Tony Robbins on best lessons learned from working with legendary investors.Venture capitalist Chris Sacca on missed opportunities and the commonalities of successful people.Legendary investor Ray Dalio on the three things that make up a successful life.Virgin Group founder Sir Richard Branson on the best thing his parents taught him.I hope you enjoy this episode of The Tim Ferriss Radio Hour! This podcast is brought to you by 99designs, the world's largest marketplace of graphic designers. I have used them for years to create some amazing designs. When ...

Want more free audiobooks like this? Download our app for free at QuickRead.com/App and get access to hundreds of free book and audiobook summaries A self-improvement guide written by Stephen Covey, The 7 Habits of Highly Effective People details how you can change your life through changing your mindset. The way you view the world is based entirely on your own perceptions, and by adopting a perception that leads to action, you can change your life and the lives of those around you. In other words, if you want to change your current situation then you must learn to change yourself and learn to change your perceptions. The way you see the problem is the problem, so you must allow yourself to fundamentally change the way you think in order to see a true change in yourself. Covey will not only teach you how to adopt a new mindset, but he will also teach you how to become proactive and focus on the important tasks at hand. At the end of the day, by adopting the 7 habits of highly effect...

01
Got questions? We've got the answers

Listen On-The-Go
Audio courses turn your chore time into productive learning moments. No need to sit down and get locked in front of a screen
Short & Sweet
Each course is composed of lessons about 5 mins long and designed to be bite-sized to make the learning schedule flexible for you
Accomplish More
Get ahead by learning first-hand insights and knowledge from some of the world's sharpest minds and industry leaders.